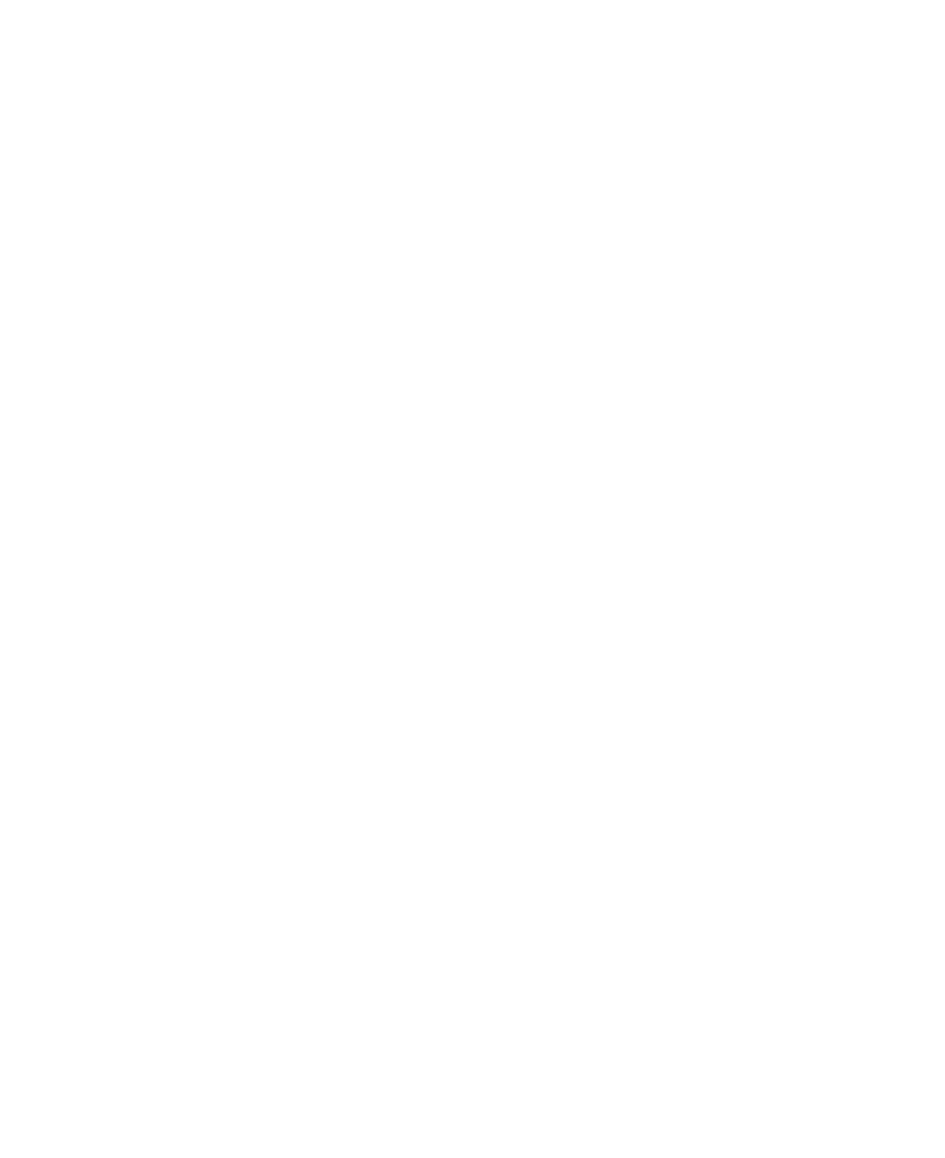 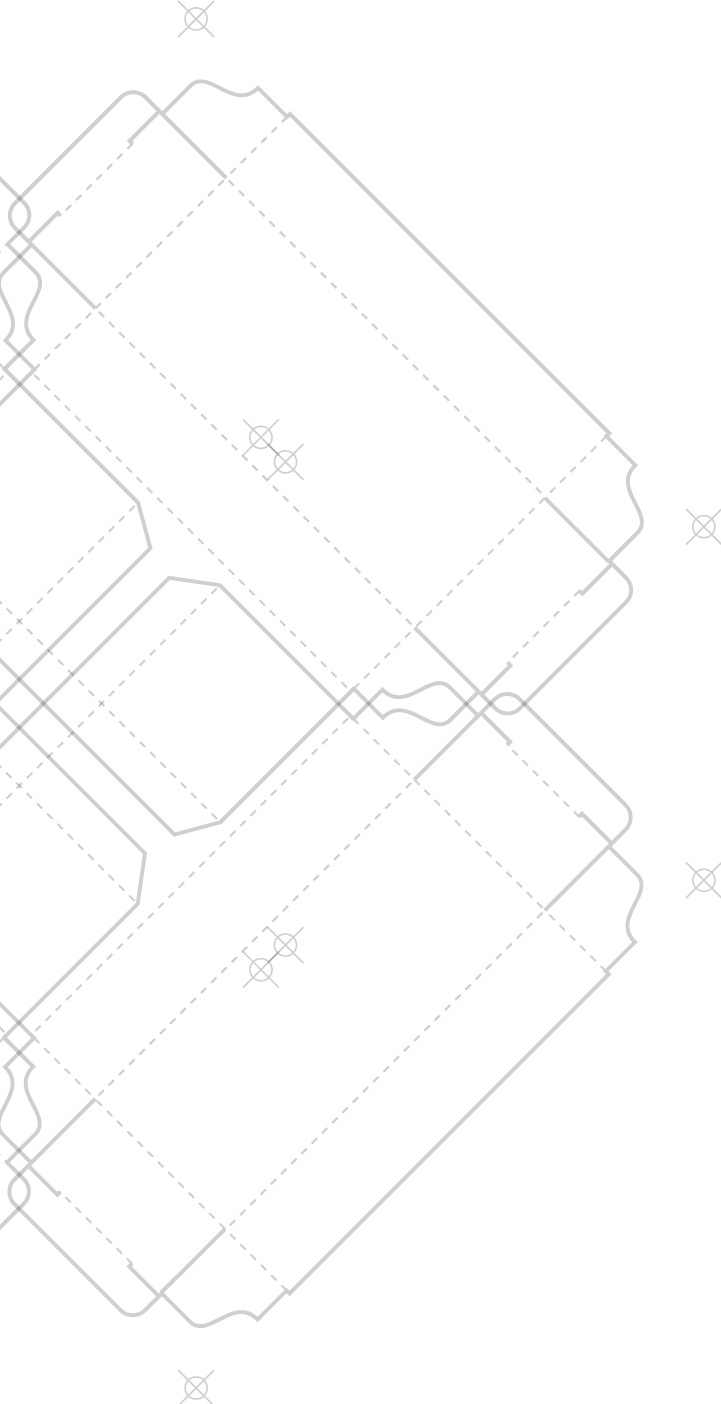 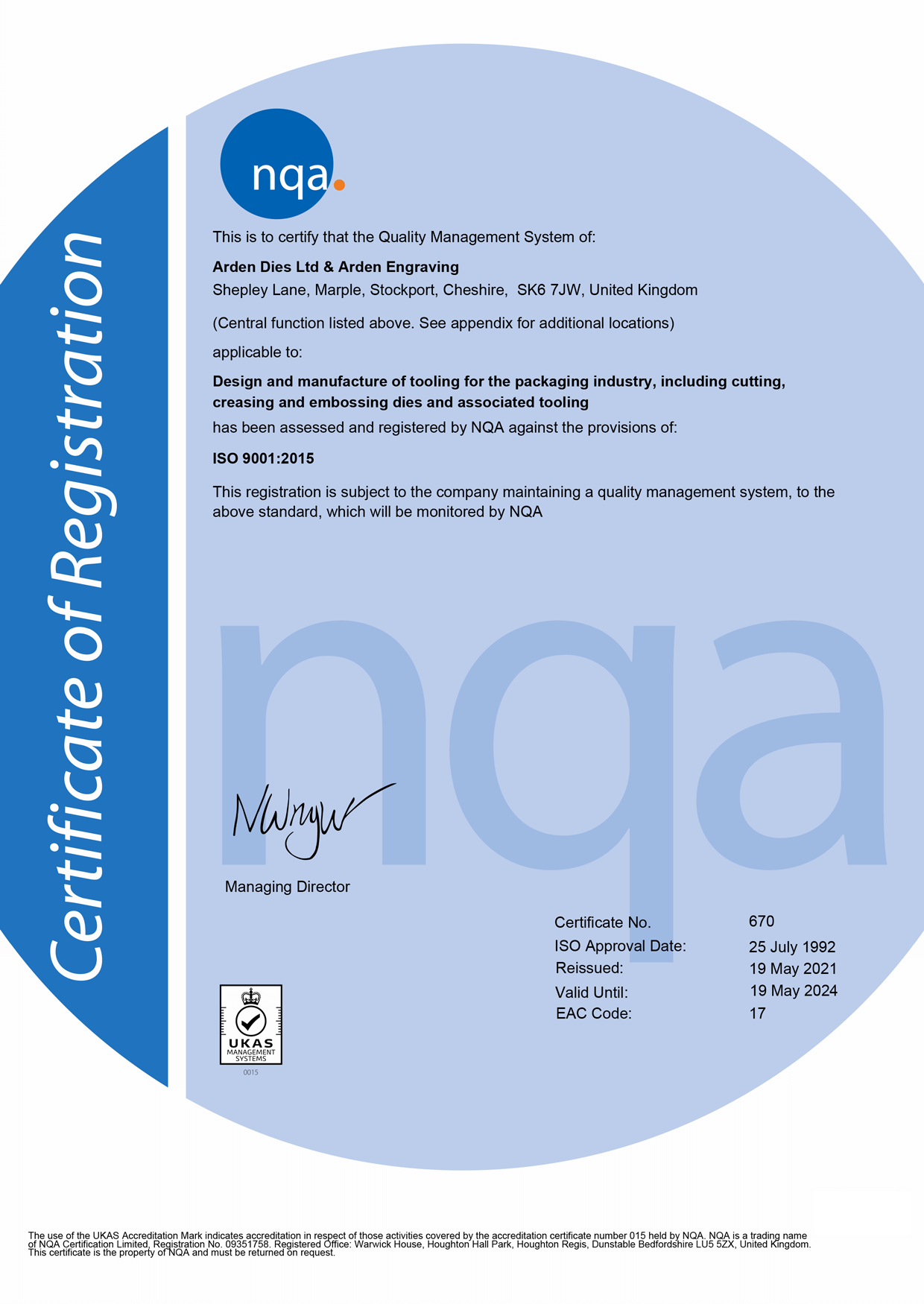 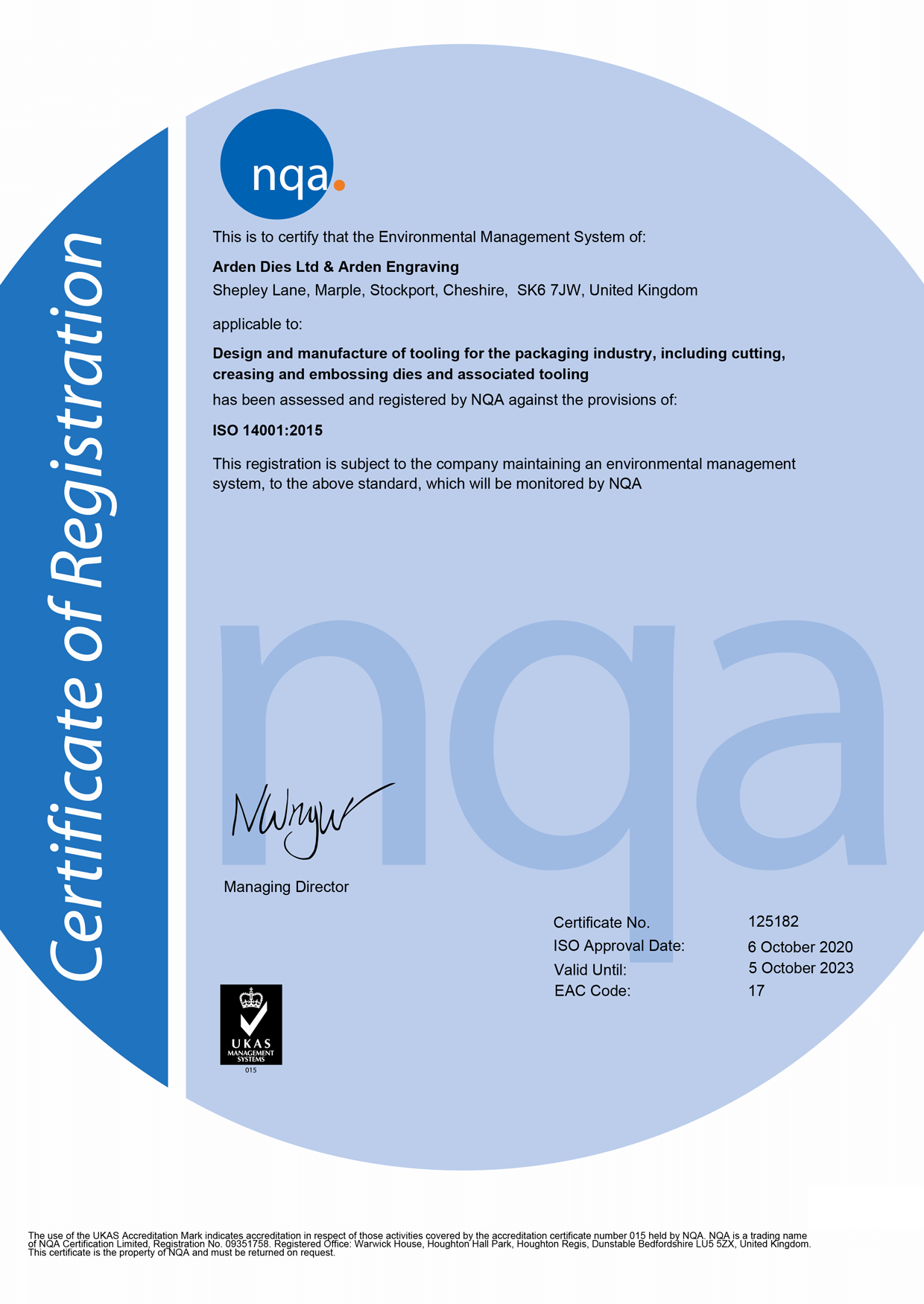 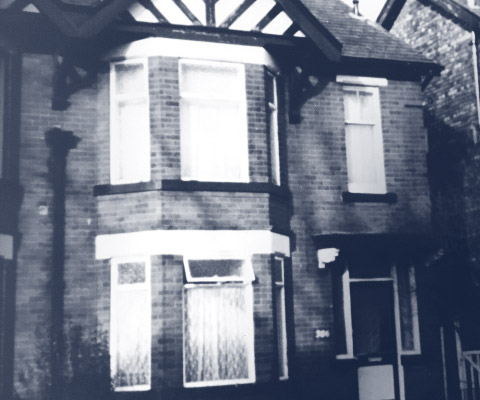 1960s: The house in Bredbury where it all began. 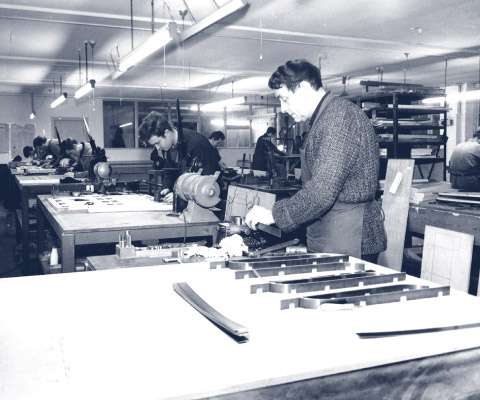 1960s: Die-makers at work in the first Arden factory. 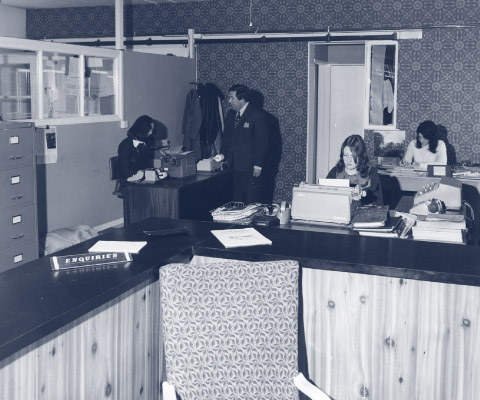 The Arden name was inspired by the noble Arden Family of Bredbury – wealthy landowners whose estate encompassed the Poynter brother’s family home where their journey began.

Former RAF man Frank, had served in the Path Finders Force (PFF) of the Lancaster Bombers, and with a nod to his military heritage, incorporated the PFF Hawk emblem into the Arden company logo. 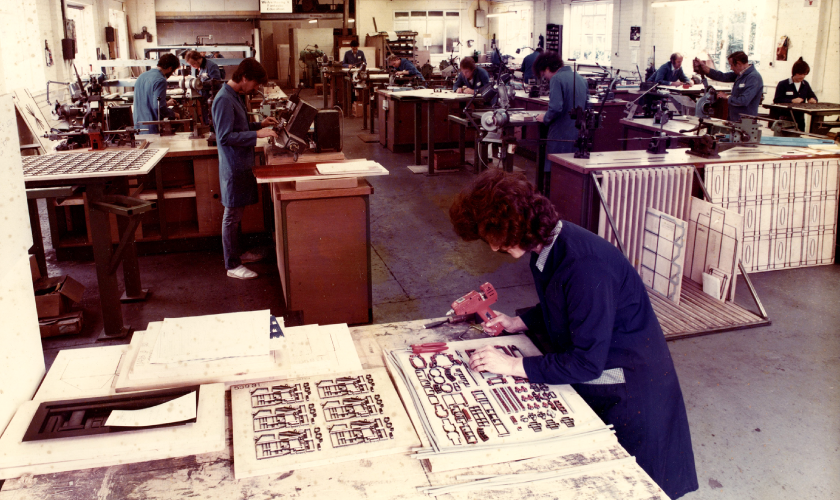 1970s: Hard at work at the Arden factory 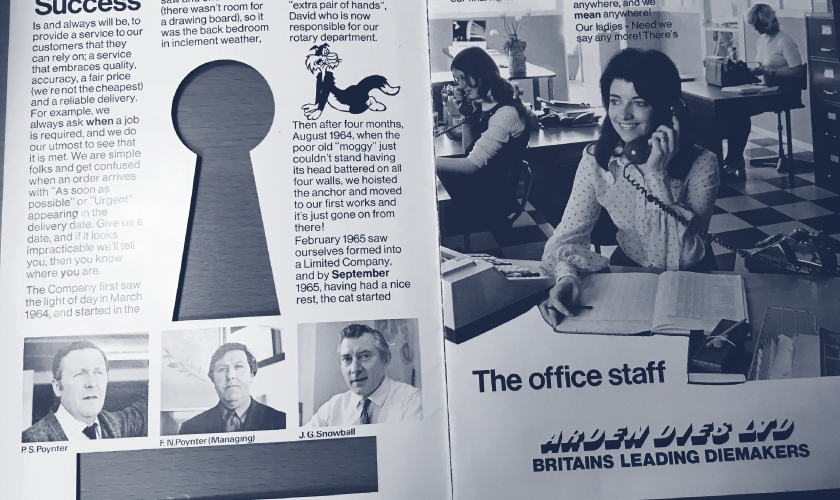 1970s: One of the early Arden Dies brochures 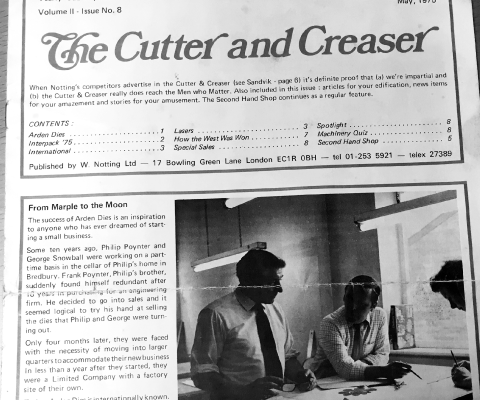 During the 1980s, Arden continued to expand and a partnership with German company and now co-owner Marbach – a leading giant in the packaging sector – soon followed. It was a move which enabled Arden to further invest in state-of-the art technology cementing their position as a leader in the field.

In 1985, the company moved into a purpose-built factory unit in Marple, where they remain today. The new site was officially opened to huge fanfare by the then Vice Chancellor of Salford University – Professor John Ashworth.

As the use of automated packaging machines grew, the demand for more accuracy in box production increased which couldn’t be met from the traditional methods of die-making – and Arden continued to invest in new Computer Numerical Control (CNC) technology.

Martin soon spotted a gap in the market for specialist packaging software for die-makers and enlisted the help of a couple of colleagues from the ‘back office’ to begin producing their own CAD/CAM software.

Before long the bespoke software – then known as IPD (Interactive Packaging Design) - was garnering interest across the sector and in 1988 Arden Software was born. 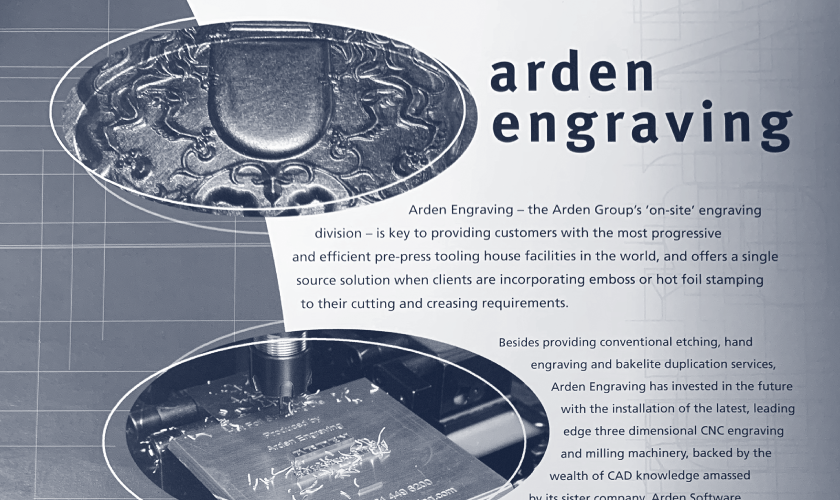 1990s: One of the first promotional brochures for Arden Engraving 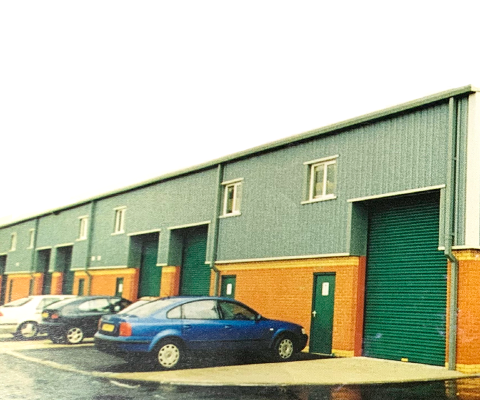 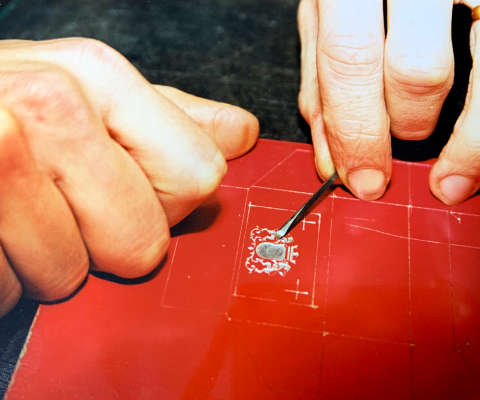 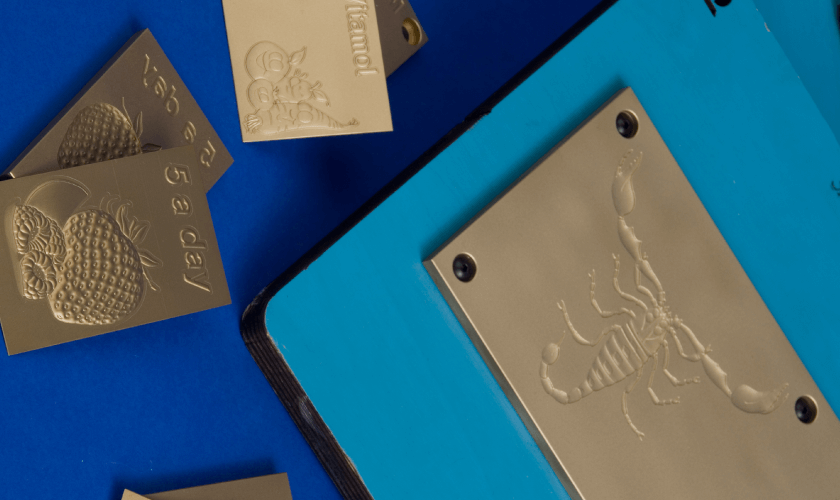 Due to rapid expansion and growth of the company, Arden Dies found itself quickly outgrowing our current site and set-up, so in 2005 we underwent a major building refurbishment at the Arden HQ.

All three of the Arden divisions of Dies, Software and Engraving moved offices and production sites into the modern and future-proof factory and office complex that you see today. 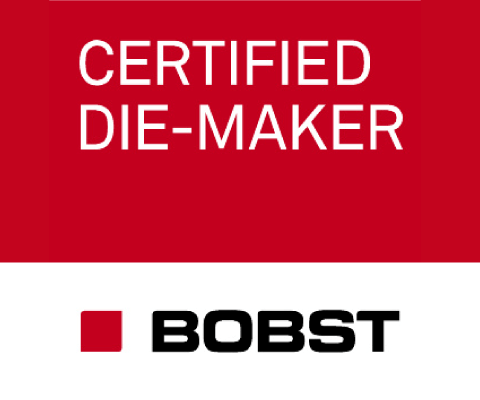 2010 and beyond: Bobst Accreditation 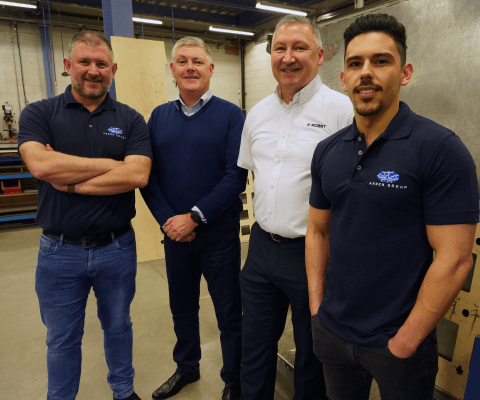 2010 and beyond: Graeme Doran from Bobst with the Arden team 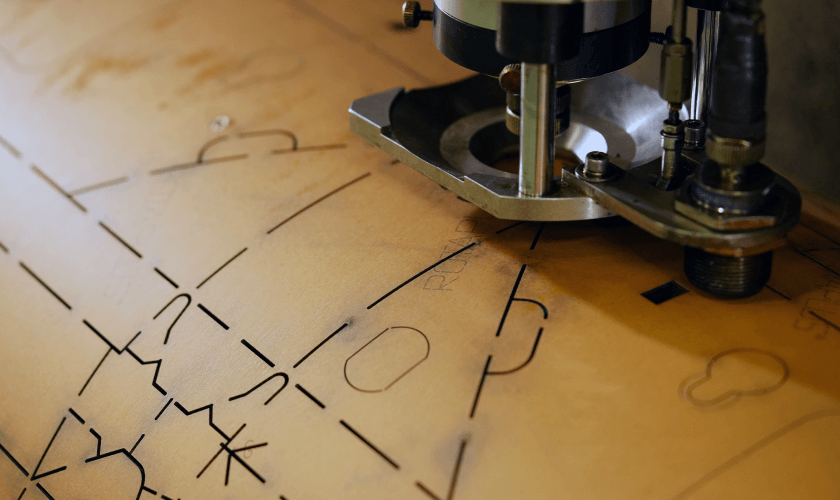 2010 and beyond: Arden invests in new laser technology
Today

Now, more than half a century since the Poynter brothers first set to work in their mother’s cellar, The Arden group of companies employs 165 people around the world and has an annual turnover of £11 million, through our Dies, Engraving and Software divisions.

For Arden Dies, we’re now a leading manufacturer of dies and tooling for the packaging and carton industry. With a workforce of more than 100 people; we are proud work with some of the largest converters in the packaging sector, who know they’re in safe hands with Arden Dies.

Two brothers, one saw and a workbench in the cellar of their family home marked the humble beginnings of the Arden journey.

In 1964 the Poynter brothers – Frank and Philip, along with their friend George Snowball, set up shop in the cellar of their mother’s semi-detached house in Bredbury, Stockport.

Philip and George would clock off from a day’s work making dies at a local printing firm and head straight for the cellar where they’d continue their craft.

Salesman Frank would sell the dies and secure the orders and within a matter of months the ambitious trio had the makings of a lucrative business.

Just four months later in February 1965, they’d outgrown their 10ft square underground workspace, and moved into their first official headquarters in Marple, and Arden Dies - the first of the Arden companies - was born. 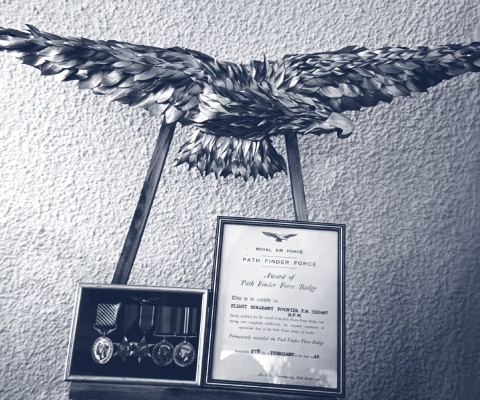 The Arden Brand: The Arden logo was inspired by Frank's military heritage and the hawk emblem of his regiment, while the name was a nod to a local noble family.
1970s

During the early days, dies were made in the traditional way of drawing the shapes directly onto plywood before cutting them out with a jigsaw.

But Frank was a modern man with a vision to remain at the forefront of technological innovations and pushed for investment in new laser technology.

During an interview with Cutter and Creaser magazine in 1975, Frank was quoted as saying: “Old-fashioned dyed-in-the-wool attitudes towards die-making have got to go. Laser cut dies are definitely here to stay. I’ve had a hard time convincing my customers, but once they’ve seen the results they won’t have anything else.”

It was a bold move from Frank, but it was the right move for Arden, who were one of the first to adopt such cutting-edge laser technology.

In 1978, Frank’s son Martin joined the ranks, and with a background in mechanical engineering, continued to drive the company forward. 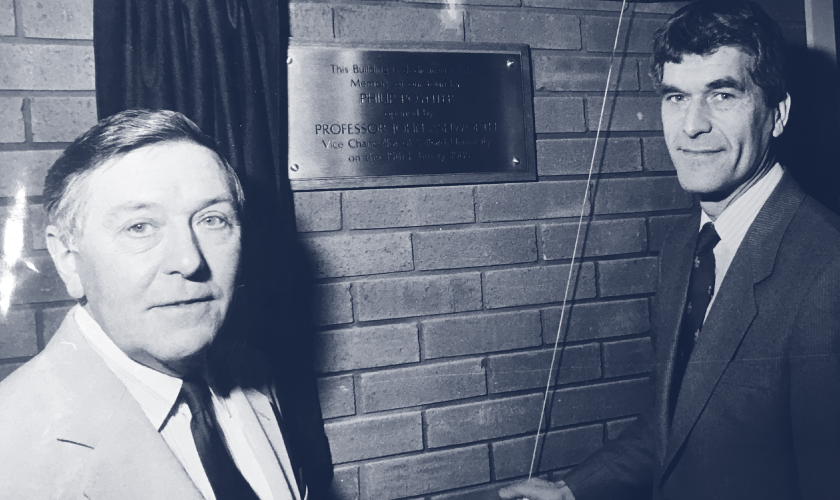 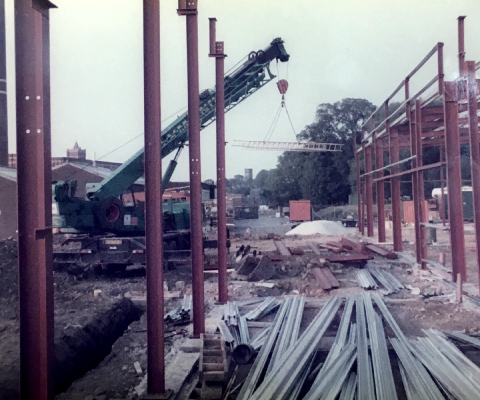 1980s: The Arden site under construction 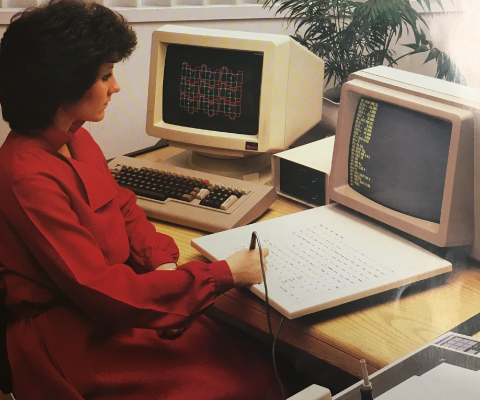 1980s: One of the first IPD promotional brochures for Arden Software
1990s

During the 1990s the Dies and Software divisions of the Arden brand continued to grow, increasing our customer base and investing in new and advanced technology.

But the Arden group of companies didn’t stop there, in 1999 we branched out into the embossing sector and launched Arden Engraving.

As a leading supplier of cutting and creasing dies and CAD software to the packaging and greetings card industry, the new on-site Engraving division was a natural next step for the Arden Group.

The welcome addition of Arden Engraving provided a one-stop shop for customers, enabling them to incorporate emboss or hot foil stamping to their cutting and creasing package. 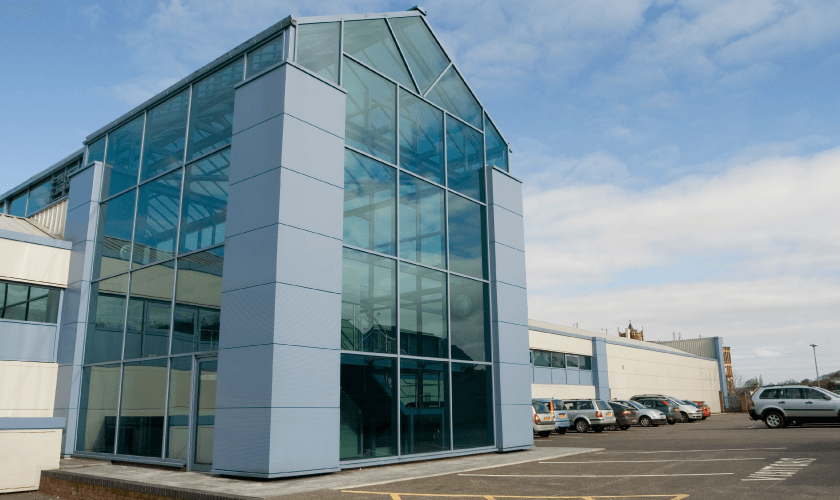 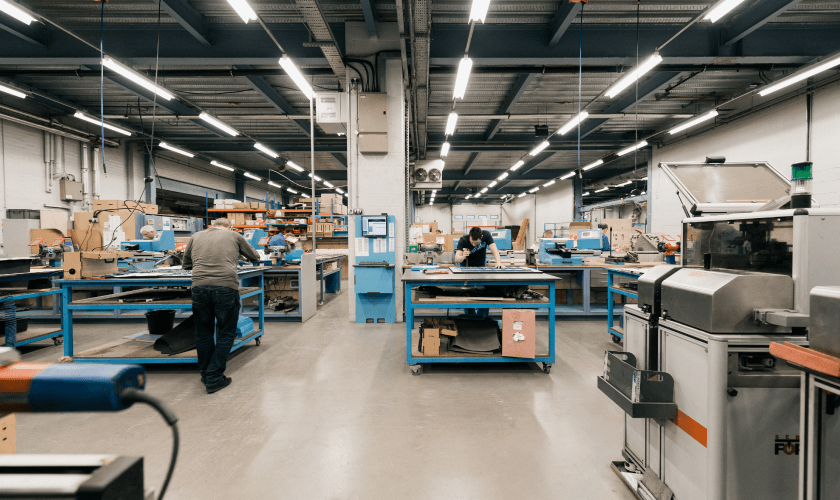 Ever since the days of our inception, Arden has been committed to remaining at the forefront of innovation and investing in the latest technology, and that investment continues to this day.

In recent years, we’ve made significant investment in state-of-the-art technology systems and automation, with the implementation of our ERP system and rule processing equipment. Our box plan machinery also gives us the ability to offer dynamic stripping tool capabilities and in 2018 we invested in two new lasers.

In 2020, Arden Dies made history by becoming the first UK die-maker to achieve a prestigious accreditation from BOBST - one of the world’s leading suppliers of machinery and services to packaging manufacturers.

The Die-making Certification Programme is an advanced certification for professional die-makers and Arden Dies was the first in the UK and Ireland to achieve the coveted accreditation, cementing our position as the UK’s leading die-maker.